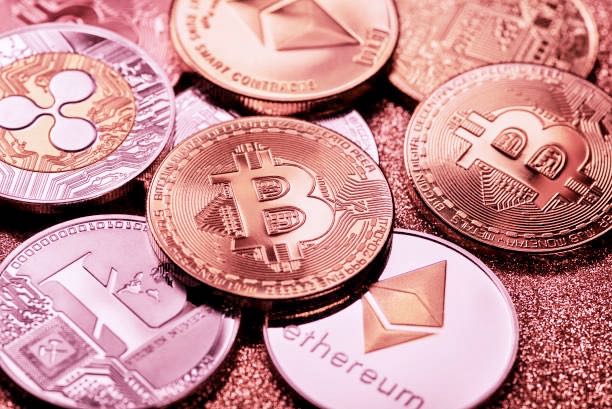 At the beginning of cryptocurrency was Bitcoin

It all started with the creation of Bitcoins in 2009, by a person or a group named Satoshi Nakamoto. Nakamoto published a reference White paper intitled “Bitcoin: A Peer-to-Peer Electronic Cash System ».

It is a peer-to-peer online currency. So it is a currency such as the dollar, euro, ...

It’s purely digital, meaning a physical representation of the currency is not needed.

It is open source. Any one can contribute and change the software, and the rules underlying Bitcoin creation, and block registration. The rules are initially conceived and written by a central authority, here Satoshi Nakamoto. There are then let open to any contributors to be modified.

It is decentralized, meaning there is no central bank or hub where Bitcoins are created. The rules for Bitcoin creation are defined in a software/algorithm. Those rules are thus independent of any control from a specific organisation. This aspect of decentralisation also gives Bitcoin an autonomus mode of operation. It does not depend on a central authority. “One of the traditional strengths of Bitcoin, has been its decentralization. Because no one is in charge of the network, users place their trust in the security of the Bitcoin protocol rather than in any specific institution.”

Decentralization also means Blockchain does not store any of its information in a central location. Instead, the blockchain is copied and spread across a network of computers. Whenever a new block is added to the blockchain, every computer on the network updates its blockchain to reflect the change.

Finally, Bitcoin is designed around the idea of using cryptography to control the creation and transfer of money rather than relying on a central authority. The crypto element is thus a way to insure privacy.

We do not discuss here why this new currency is interesting to use, i.e. why I should pay my bread in Bitcoin rather then dollar or euros. Instead we only give background information on the technology behind Bitcoin, the blockchain technology. The rational for use of a new currency is presented here.

Introduction to the Blockchain technology

Blockchain, sometimes referred to as Distributed Ledger Technology (DLT), makes the history of any digital asset unalterable and transparent through the use of decentralization and cryptographic hashing.

A blockchain is therefore a ledger, or a registry, a book recording transactions or other data. Yet forgery-proof thanks to decentralization. Once the data is in the registry, it can not be modified, ever. This is the power of the blockchain technology.

There are many usage of blockchain technologies, one of them being to record financial transactions. Hence, the bitcoin blockchain records all transactions of Bitcoins among other data.

A simple analogy for understanding blockchain technology is a Google Doc. When we create a document and share it with a group of people, the document is distributed instead of copied or transferred. This creates a decentralized distribution chain that gives everyone access to the document at the same time. No one is locked out awaiting changes from another party, while all modifications to the doc are being recorded in real-time, making changes completely transparent.

In order to have a very good understanding and a good pragmatic demonstration in 5 minutes on how the blockchain technology works, without going into complex math problems, the reader should visit this site.

Basics of the Blockchain technology: blocks, miners and nodes

Second, nodes. One of the most important concepts in blockchain technology is decentralization. No one computer or organization can own the chain. Instead, it is a distributed ledger via the nodes connected to the chain. Nodes can be any kind of electronic device that maintains copies of the blockchain and keeps the network functioning.

Third, miners. Miners add new blocks on the chain through a process called mining. Miners use special software to find a number (called nonce) that is added into the block, such that it generates a hash starting with 4 zeros. The first miner whom find this nonce, can add the block to the current chain of existing blocks. As it takes time and electrical energy to power computers that try multiple numbers until they find once that generates a hash starting with 4 zeros, miners are paid to do this job.  The reward miners receive is paid in Bitcoin.

Miner are paid for the job they do: cryptocurrency and blockchain

It is essential at this point to understand that miners receive a salary (a compensation) for the strategic recording job they perform.

`They could be paid in a fiat currency, i.e. a legal currency from a Government, such as €,$,£,¥,....Instead, as the political project of Bitcoin claims independency from any institutions, they created their own currency, Bitcoin. Cryptocurrency and blockchain technology are intimately related.

Miners thus receive a remuneration in Bitcoin, in a quantity also defined in the original white paper. As of April 2021, a miner receives 6.25 Bitcoins to add a block on the chain.

Consequently, Bitcoin is at the same time, an independent open tamper proof ledger, a system of payments, and a currency.

No wonder it's so attractive!

Concrete data and facts on Bitcoin and blockchain

The gain of 6.25 Bitcoins for every new block added, is worth around €345k when the Bitcoin value reaches €55k (October 2021).  The difficulty to mine a block is adjusted so that the average time between each block remains 10 minutes. This is achieved by augmenting the number of starting zeros of hash.

Making a change to any block earlier in the chain requires re-mining not just the block with the change, but all of the blocks that come after. It also requires to record all those changes in more than 50% of the nodes. This is why it's extremely difficult to manipulate blockchain technology.

With over 12 years of successful existence  (the chain was never down or falsified) the bitcoin protocol itself is considered secure enough (this does not extend to all the sites and services that deal in Bitcoin).

Accurate statistical Data on Bitcoin blockchain are available on the blockchain site and will allow the reader to get deep insights of this novel technology.